The inaugural summer school by the PSi Future Advisory Board took place in Hamburg, alongside PSi #23. PSi Summer School #0.5 has brought together scholars, artists, and activists over the course of four days and in an intensive series of activities directed at thinking through, working with, and creating anew pressing issues and rising trends in performance studies.

The interval ‘0.5’ in the title is a gesture to the temporality in which the summer school happens, in between conferences, but also, and perhaps more centrally, to the fertility of the unfinished, the incomplete, and the “not-yet here” (Muñoz 2009). Our inaugural edition therefore took the themes of Performance Climates (PSi #22 Melbourne) and OverFlow as the frame for our discussions. 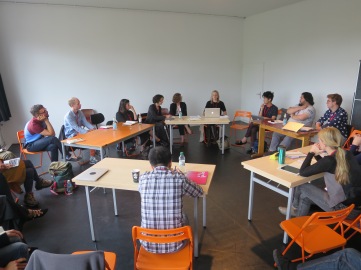 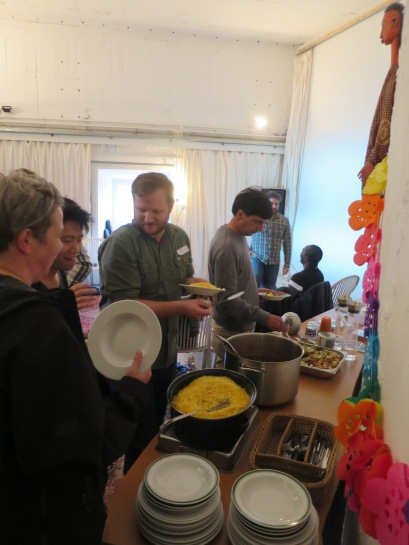 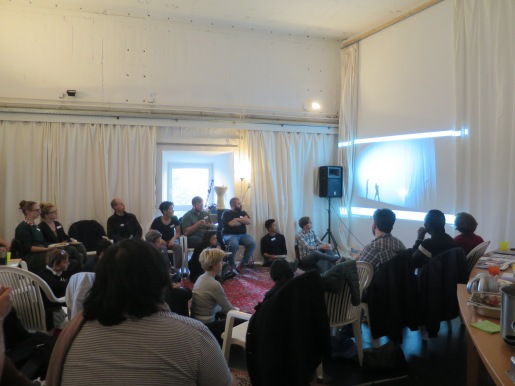 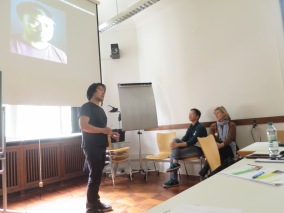 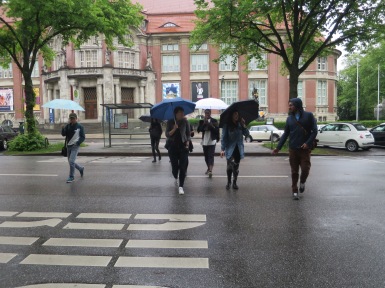 Workshop I | 8 June (Thu) | 1715-1845 | Kampnagel, 5th Floor
Led by Dr. Caroline Wake
This workshop investigates what David Farrier has termed “postcolonial asylum” and compares and contrasts resettlement theatres in setter-colonies such as Australia with those being practiced in locations such as the United Kingdom and Germany. How do artists respond to and represent the experience of forced displacement in countries that founded on the forced displacement of First Nations? To what extent have refugees become a mobile Global South and how do they relate to indigenous communities cast in the role of the “rooted South” (Harindrinath)? And what to do about the “infrastructural whiteness” (Pugliese) that haunts these projects and this scholarship?

Workshop II | 9 June (Fri) | 1045-1215 | Kampnagel, 5th Floor
Led by Dr. Sean Metzger
This workshop’s theme is Seascapes and Globalization. Before the session, participants are asked to undertake a small assignment: Take a section of the Elbe River or the Alster River or the lake. Record momentary impressions either as a brief human tableau or a photograph or a sketch. Comment on how local/global manifests within their chosen image, paying particular attention to flows of people, other beings, objects, money, etc. This activity could also be carried out in small groups.

Workshop III | 11 June (Sun) | 0900-1030 | Kampnagel, 5th Floor
Led by Dr. Jazmin Llana
At a time described by many to be characterized by the ‘impossibility of resistance’, how are we faring? The workshop offers an opportunity for a self-assessment and sharing of ideas, experiences, and tactics of acting, acting with, and continuing.